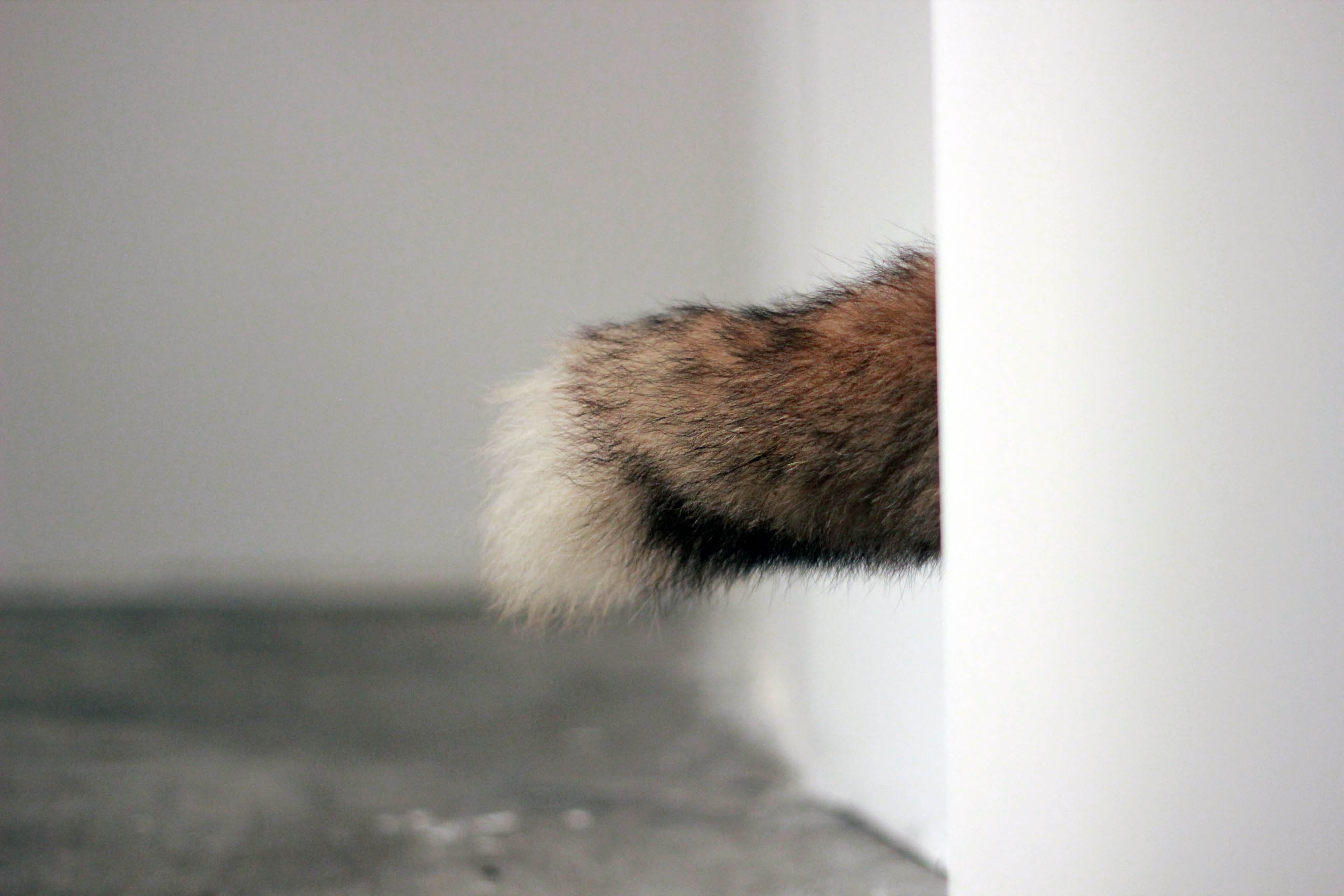 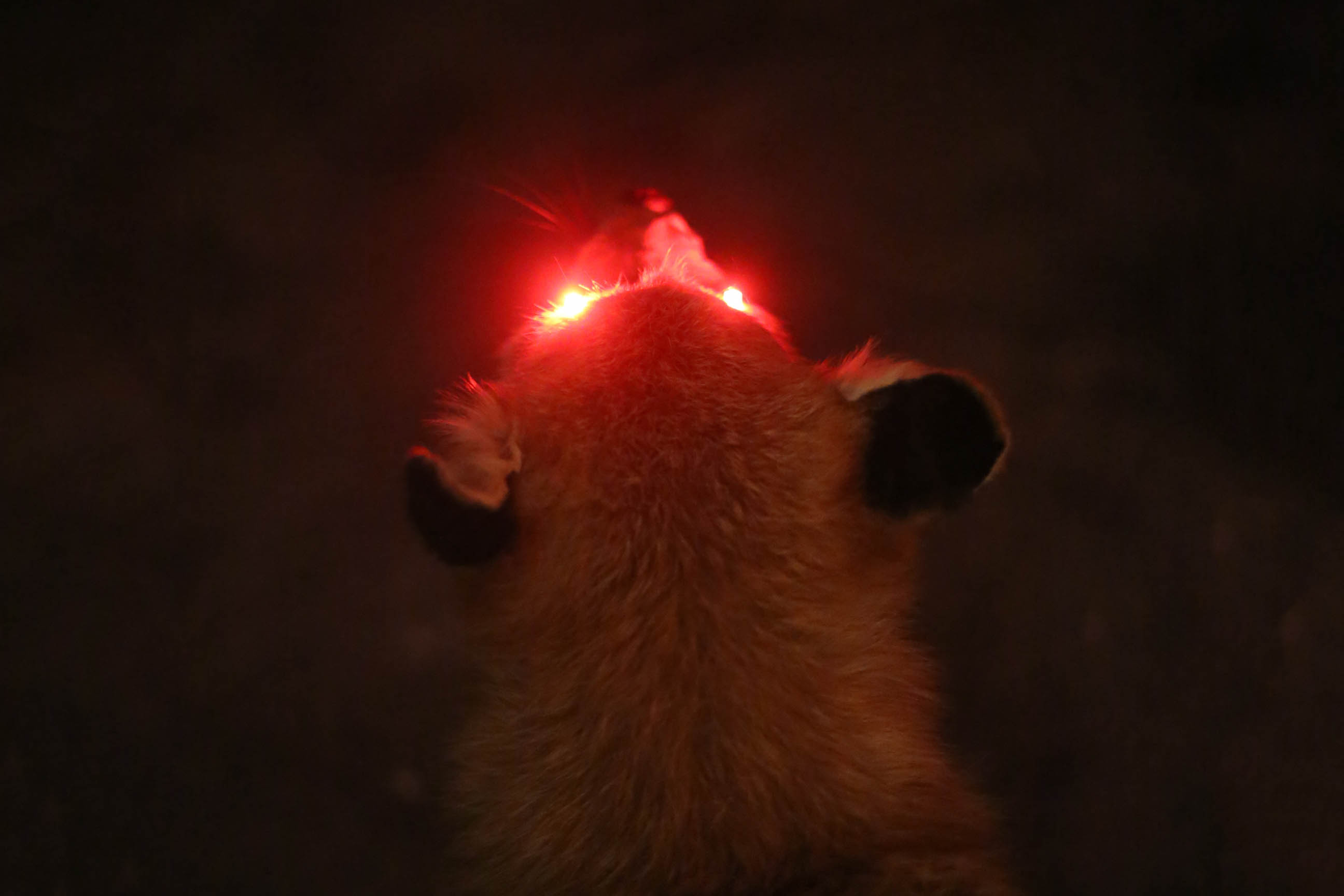 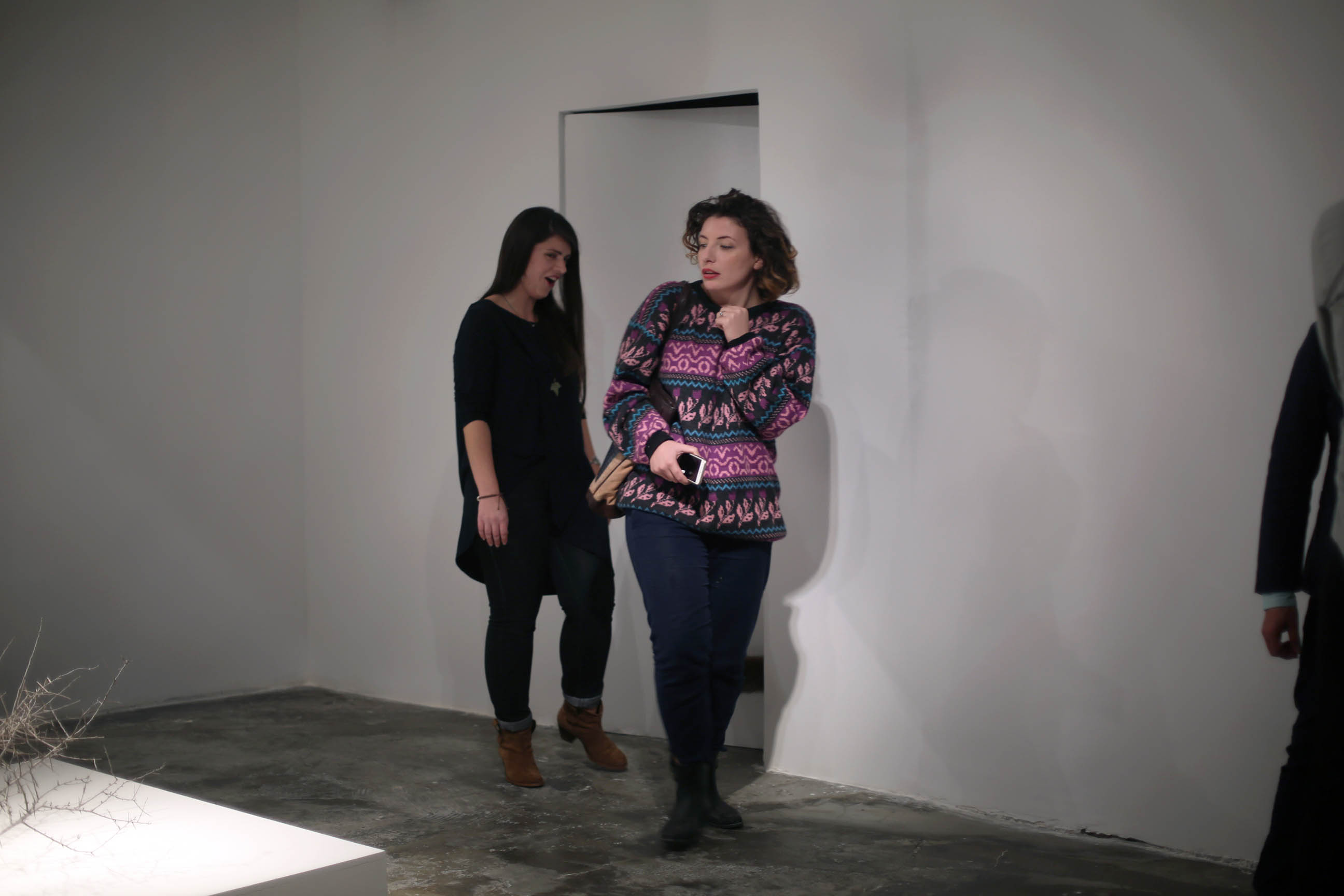 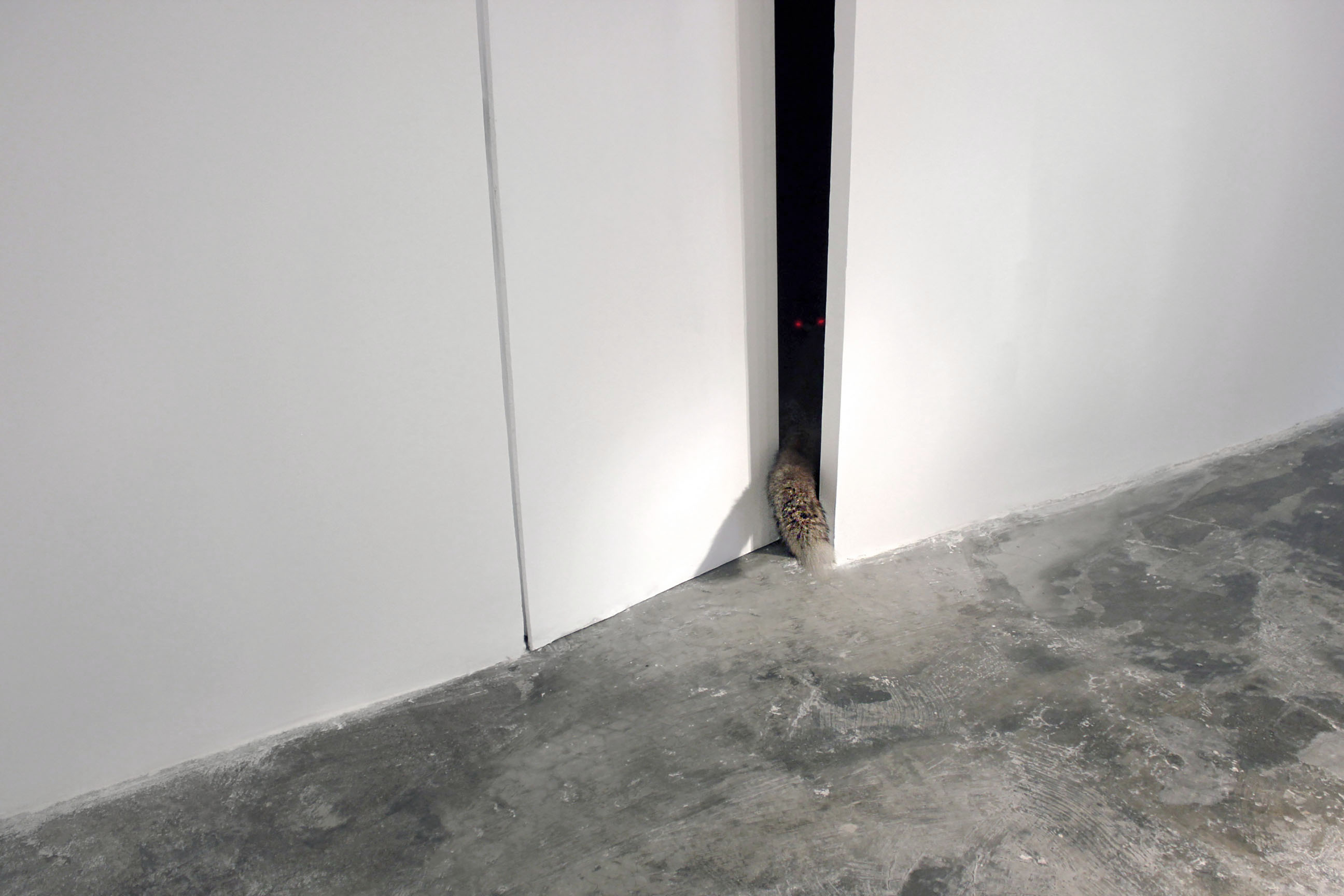 The Importance Of Being A Fairytale

The importance of being a fairytale features that most political of animals, the fox. In chapter XVIII of his treatment on the sovereign, entitled “How princes should honor their word”, Macchiavelli wrote: “So as a prince is forced to know how to act like a beast, he must learn from the fox and the lion; because the lion is defenseless against traps and a fox defenseless against wolves.” But this fox’s tail is trapped between the door, preventing it from moving on, exploring other parts of its realm, the exhibition space. The room that it was about to enter is dark, with the only light in the room entering through the crack of the door. Halfway through another (albeit inverted) Oedipal fairytale, Lars von Trier’s film Antichrist, an exasperated Willem Dafoe finds a fox in the woods disemboweling itself, while whispering “chaos reigns” thus announcing the apocalyptic unfolding during which Dafoe, his leg pierced and bolted to a grindstone, finds out that his deceased child had always been wearing its shoes the wrong way around. In The importance of being a fairytale the fox didn’t rip open its own belly, but, like Oedipus, gauged out its own eyes. It is blind, and cannot even see that it is stuck in the dark. The lion, meanwhile, is nowhere to be found – outside the gallery perhaps? Not that he would be able to get the fox out of its trap… The question that remains is: which is the fairytale that is so important? The allegory of the powerful sovereign with his paintbrush loaded with pain, or this stuck, lonely fox, bereft of eyesight, projecting two brightly colored spots on the wall, delivered to the wolves?